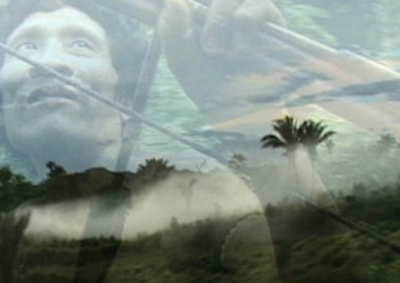 The Hills of Disorder is an adventurous, ambitious dream of a film by Andrea Tonacci, a veteran Cinema Marginal director. Through a mix of documentary and recreation, Tonacci tells the fascinating tale of Carapiru, an Indian who survived the massacre of his tribe to find himself, essentially, an internal refugee for the next decade. For this remarkable documentary, Carapiru himself recreates scenes from his life, adding to the poignancy and alienation of his story.