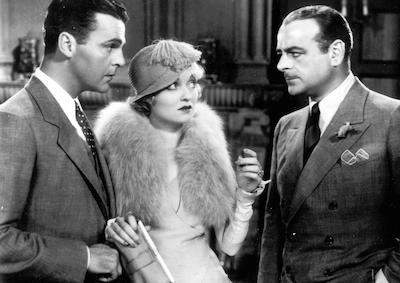 Ida Lupino won critical praise for her performance here as a woman with ruthless ambition who manipulates her kid sister’s naiveté and talent to find fame and fortune on Broadway. A classic hardboiled Lupino role, it was an exception to the frustrating experience she had finding acceptable stories under contract at Warner Bros., an experience that lead her to form her own production company in 1949.

Followed By:
What Price Hollywood? (1932)
Directed by George Cukor.

In this classic Hollywood exposé, the press comes in for particularly harsh judgment for its dehumanizing treatment of a star on the rise played by Constance Bennett, who had her own issues with fan magazines over her unapologetically cutthroat negotiating tactics and lucrative percentage deals. While What Price Hollywood? plays as show business tragedy, Bennett eventually assuaged her critics as a freelancer, once declaring, "Hollywood taught me to fight for my rights."