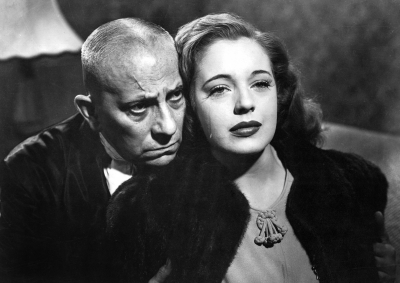 Restored by UCLA Film & Television Archive, with funding provided by the American Film Institute/National Endowment for the Arts Preservation Grants Program.
The Great Flamarion is an aging vaudeville sharpshooter whose act is assisted by a married couple acting as human targets. The wife is unhappy, though, and is itching to engineer a little accident to get rid of her alcoholic husband. The great Erich von Stroheim plays the sharpshooter with great sensitivity, and a psychopathic edge, again qualifying him as a typical Anthony Mann hero.

Cost: $0-10
FREE admission at the box office for UCLA students with valid I.D.!