The Gold Diggers and Hester Street 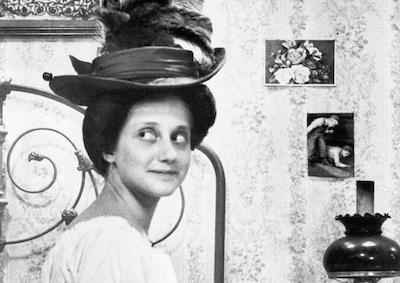 Drawing from the same well of avant-garde anti-structure as enfant terrible Jean-Luc Godard and playwright Bertolt Brecht, Sally Potter’s whip-smart The Gold Diggers is brimming with cultural and political signifiers that combine to form a singular work in the feminist counter cinema space. Employing an all-female crew to shoot, compose, and design this proto-Lynchian world of romantic surrealism, the British filmmaker establishes herself as a trailblazer in this “search for the secret of [her] own transformation.” Babette Mangolte’s career-best cinematography elucidates a visual and thematic sendup of silent comedies, Depression-era musicals, and European arthouse cinema in an elegant, non-narrative ode to — and critique of — traditional Hollywood moviemaking.

Manhattan’s Lower East Side, 1896: Eastern Europeans have emigrated from the Old Country to settle into a new life among the largest Jewish population in the U.S. This sets the scene for Abraham Cahan’s novella Yekl, and became the story that would inspire Joan Micklin Silver to embark on her filmmaking debut. Silver’s extremely personal first film, which she was told was too niche for mass appeal, in fact portrays a universal story about identity, belonging, and the strengths it takes to find yourself in new world. Added to the National Film Registry in 2011, Hester Street also brought Carol Kane into the public consciousness in her role as Gitl, her performance leading to an Oscar nomination.