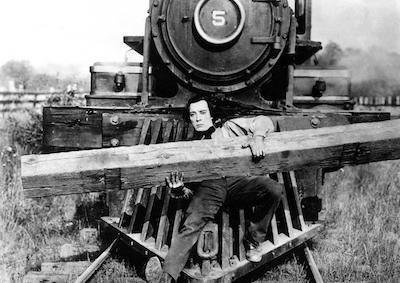 The General (1926)
Directed by Buster Keaton

One of the greatest comedies ever made, The General tells the story of Johnnie (Buster Keaton), who loves two things: his train and the lovely Annabelle Lee. When the Civil War breaks out, Union spies steal his train with Annabelle on board, and Johnnie sets out in hot pursuit of his loves. This cinematic treat for all ages features some of Keaton’s most ingenious slapstick.