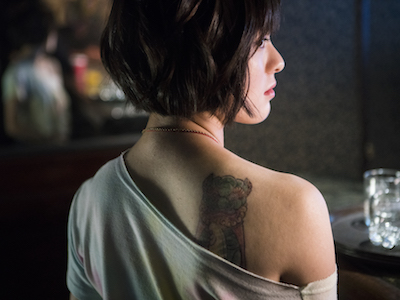 Fresh-faced tomboy Shaowu lives with her grandmother on Kinmen, a sleepy island that was once a Cold War military fortress. When Shaowu gets expelled from school, her estranged gangster father Keigo has no choice but to take her back to the metropolis of Taipei. She idolizes the ultra-cool and heavily tattooed Keigo (played by the iconic Jack Kao), and he secretly enjoys finally being a responsible father. Veteran documentarian Chen Mei-Juin’s subtle and touching debut feature film reaches back to the coming of age stories of early Hou Hsiao-hsien classics like The Boys From Fengkuei while updating them to teeming 21st-century Taipei, the brave new underworld of drug trafficking, and the bittersweet dilemmas of single parenting.

DCP, color, in Mandarin and Taiwanese with Chinese and English subtitles, 105 min.