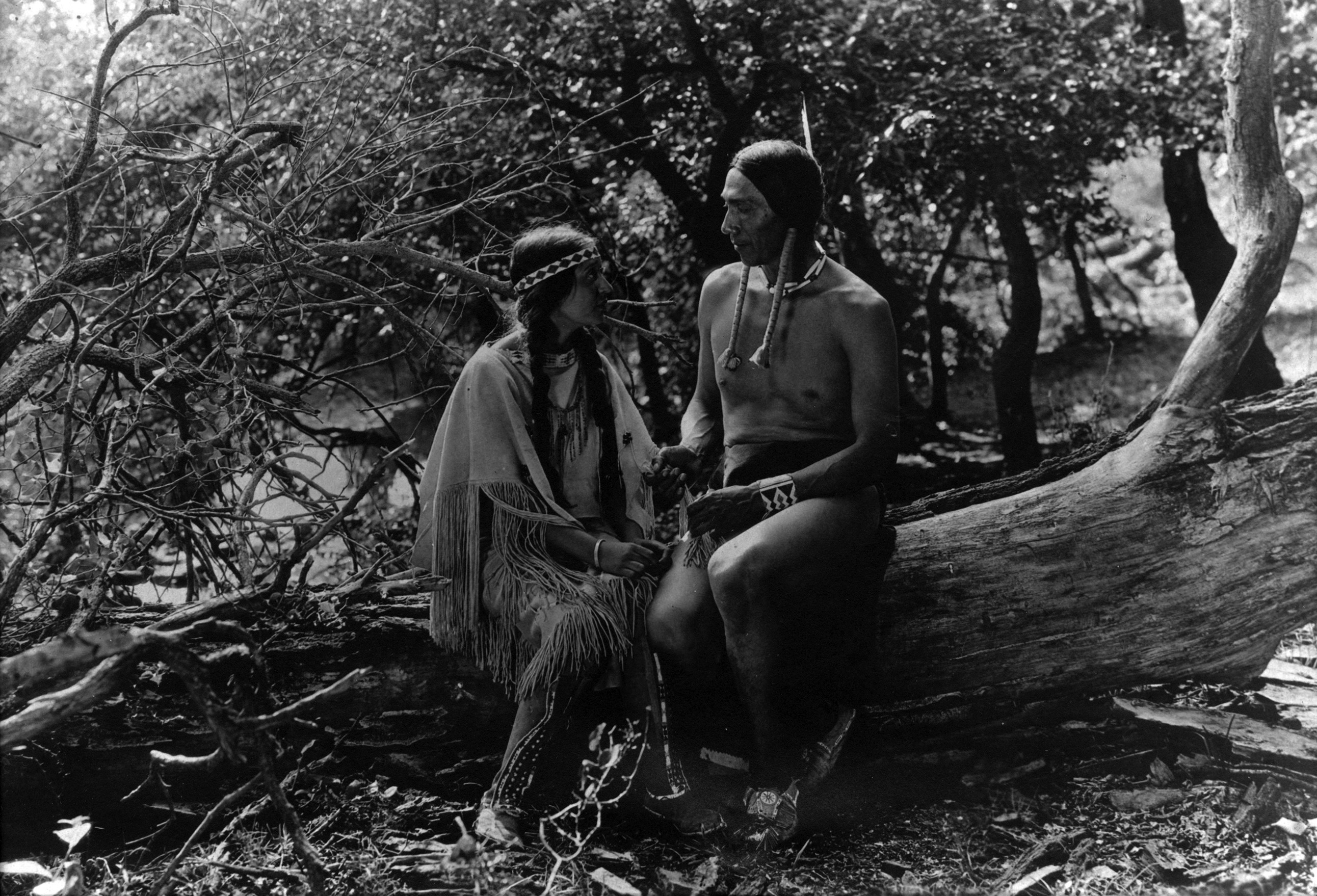 The Daughter of the Dawn (1920)
Directed by Norbert Myles.
Recently rediscovered, director Norbert Myles’ film concerns a rivalry between two braves for the hand of one woman, amidst an inter-tribal conflict. Cast entirely with Kiowa and Comanche people who provided their own teepees, apparel and everyday objects for the production, the film’s romantic narrative was the most sensitive portrayal Native audiences might expect in its time and stands now as a glimpse into ways of living extant since pre-Reservation days.

Preceded by:
Buffalo Dance (1894)
Directed by William K. Dickson.
A haunting artifact from the Edison Manufacturing Company, this dance, with others filmed on the same occasion, may mark the first filmed appearance of Native American people.