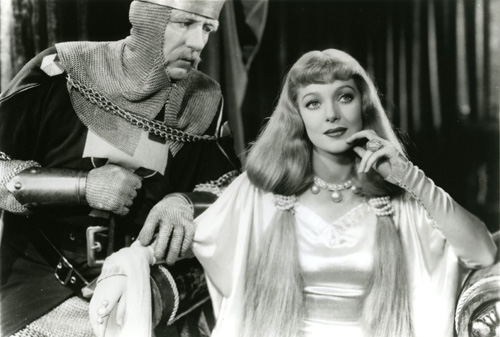 In the quest to reclaim Jerusalem from Islamic warrior Saladin, Richard the Lionhearted sees an opportunity to escape a politically expedient marriage, but soon finds it necessary to grudgingly take a bride (Berengaria, princess of Navarre) as a condition of assistance from her father in his campaign. Their budding romance, developing an ever-loftier tone, becomes the film’s tender heart as Richard finds purpose in battle, and even solidarity with Saladin himself.

Followed by:
The Godless Girl (1929)
Directed by Cecil B. DeMille.

In this curious exposé, atheist high school student Judith fervently spreads her message to fellow pupils, leading to a violent and tragic clash with faithful campus Christians. Both Judith and Christian student Bob are transported to reform school, where hardships bridge the distance between them. This UCLA Film & Television Archive restoration represents a rare artifact from the early days of sound-on-film, offering music and some dialogue, while an all-silent version was also released.

Extra girl #1472 reports for work on the set of The Crusades, and receives sage advice from director Cecil B. DeMille.