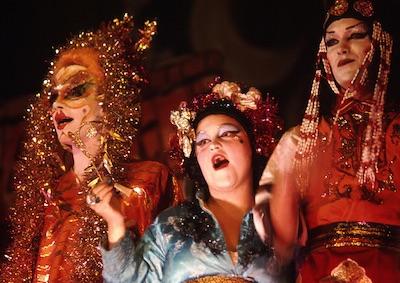 Tickets are also available at the Billy Wilder Theater box office beginning one hour before showtime: $9, general admission; free to all UCLA students with valid ID; $8, other students, seniors and UCLA Alumni Association members with ID.

Director Bill Weber and David Weissman’s exuberant documentary looks back at the groundbreaking psychedelic drag performance troupe The Cockettes, from their formation amid San Francisco’s commune scene in 1969 to their infamous off-Broadway debut in 1971, and beyond. Named the best non-fiction film of 2002 by the Los Angeles Film Critics Association, The Cockettes blends archival footage and interviews to conjure the heady spirit of cultural, sexual and personal liberation that informed the group and which it, in turn, inspired.