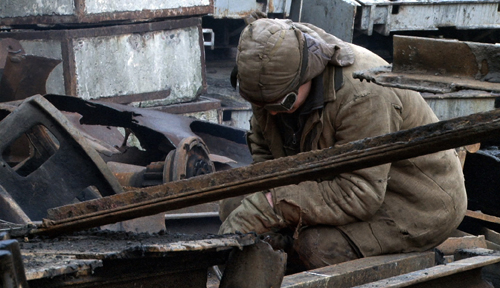 Filmmaker Gaël Mocaër’s film about the coal miners of the Bouzhanska mine in Ukraine offers a chance to see the working conditions of these miners whose work represents both family tradition, and the only option for survival. Tunneling with the workers through otherwordly, subterranean environments, trading jokes with them, and joining with them in silence above ground as they remember fallen co-workers, Mocaër’s film gives dimension and color to lives rarely seen on screen, much less in public life.