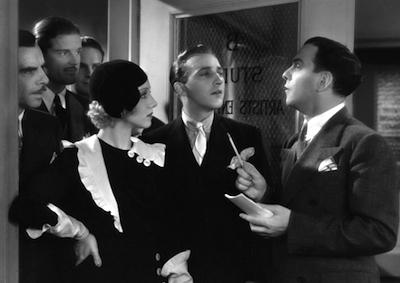 This boisterous backstage radio musical finds crooner Bing (here in his first major role in a feature) misbehaving on account of vampy Mona, which leads a sponsor to pull the plug on the station. It’s up to millionaire Leslie to produce the next big broadcast, which showcases radio favorites Cab Calloway, the Mills Brothers, Burns and Allen and more.

With the first-rate comedic guidance of director Leo McCarey, Harold Lloyd shines in the role of a bespectacled, mild-mannered milkman who is mistakenly identified as a boxing champion. This amusing screwball comedy captures all of Lloyd’s madcap silent-era strengths in what is now considered one of his best sound-era comedies.

British-born Victor Saville—a contemporary of Alfred Hitchcock at Gaumont—directed this early “soundie” which features an American cast. Actress Estelle Brody croons “Mean to Me” and “My Suppressed Desire” with alluring panache. Though uncredited, viewers will delight in the “hot” jazz sound of Chicago’s Ben Pollack Band, whose members include a 20-year-old Benny Goodman on clarinet.