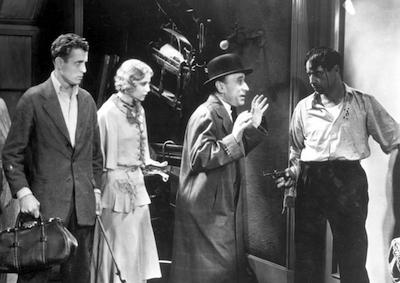 Cited by Batman creator Bob Kane as a seminal influence on his work, director Roland West’s The Bat Whispers centers on the search for a mysterious killer known only as “The Bat.” Featuring expressionistic lighting, set design and darting camera work, the film’s aesthetic was highly original for its time, heightening the sense of mystery, and dressing up the “haunted house” genre in new visual language.

An interview with the star of Dracula (1931) at his Los Angeles home.