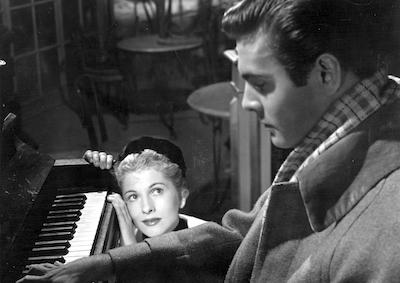 Director Joseph L. Mankiewicz’ study of the postwar film industry is an indictment of an empty and destructive system, distilled to the story of one character: Ava Gardner’s “Maria,” a nightclub dancer from Madrid, coaxed to unhappy movie stardom for her great beauty. Told in flashbacks, the film charts Maria’s hurtling journey into the vortex of fame, a story that gives Gardner perhaps her greatest role.

Followed by:
Letter from an Unknown Woman (1948)
Directed by Max Ophüls

Director Max Ophüls’ second American feature, set in fin-de-siècle Vienna, chronicles a woman’s obsession with a charming, womanizing concert pianist who trifles with her, never feeling the love she faithfully bears for him over many years. Ophüls’ elegant storytelling, shuttling through time via flashbacks, long takes, and intricate narrative and visual repetitions, resulted in one of the most lauded works of his career.