The Antigone of Sophocles 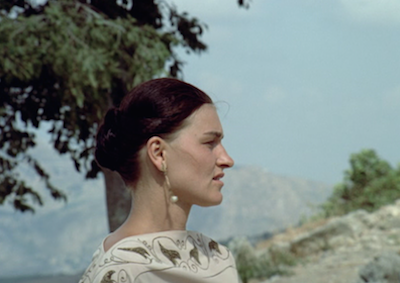 A fearless and stubborn Antigone, refusing to allow the dishonored body of her murdered brother Polynices to be devoured by vultures and dogs, defies the Thebian tyrant Creon by burying him. In punishment, Creon orders Oedipus’ rebellious daughter to be entombed alive, lest she sow insurrection among the people. Sophocles’ timeless tragedy is refracted through several media: a late-18th-century German translation by the poet Hölderlin, a post-World War II stage adaptation by Bertolt Brecht, and a 1990s film interpretation by Straub-Huillet that they shot over five weeks in the ancient Teatro di Segesta in Sicily. The myth of Antigone loses none of its dramatic force across the centuries, its themes of bloodlust and blindness, wisdom and sacrifice, resonating ever more intensely after war and genocide.