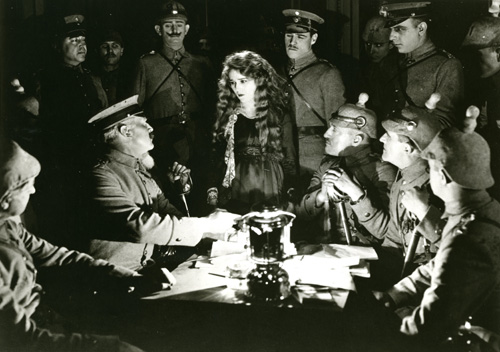 The Affairs of Anatol (1921)
Directed by Cecil B. DeMille.

The last in a string of sparkling social comedies in collaboration with Gloria Swanson, (whose star rose brilliantly under Cecil B. DeMille’s tutelage) The Affairs of Anatol finds Swanson saddled with a bored and philandering husband (Wallace Reid), susceptible to the wiles of other women, or to the opportunity to “rescue” damsels in distress. Little does the husband suspect that what’s good for the gander may be good for the goose, as his wife takes an interest in his own best friend.

Followed by:
The Little American (1917)
Directed by Cecil B. DeMille.

Mary Pickford portrays a U.S. citizen whose ship is torpedoed en route to Europe. Arriving in France, she is reunited with two suitors, a German-American and a sympathetic French count—mediating geopolitics through a love triangle. Coming in the midst of a career nadir for Pickford, the picture helped to sustain her stardom shortly before the creation of United Artists, Corp., which would make her effectively a mogul.