The Adventures of Prince Achmed (Germany, 1926) 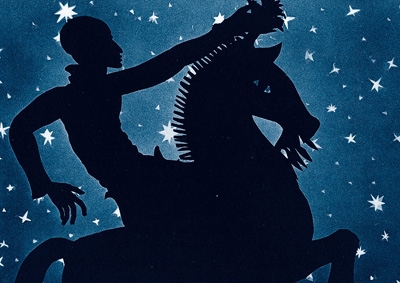 The Adventures of Prince Achmed (Germany, 1926)

In this enchanting fairy tale based on The Arabian Nights, a flying horse takes Prince Achmed on a magical adventure to faraway lands, where he befriends a witch, falls in love with a beautiful princess, and defeats a scheming sorcerer. With rich color tinting and an enthralling silhouette animation technique, The Adventures of Prince Achmed is a unique and delightful masterpiece.

Musical accompaniment will be provided by Cliff Retallick.

This free screening is offered as a part of “Family Flicks,” a free matinee screening series of new and classic family-friendly films from around the world presented by The UCLA Film & Television Archive and the Hammer Museum.

Director Lotte Reiniger’s fanciful animated adaptation of Mozart’s opera The Magic Flute tells the story of Papageno, a bird-catcher whose feathered friends help drive off a menacing snake and unite him with the lovely maiden Papagena.