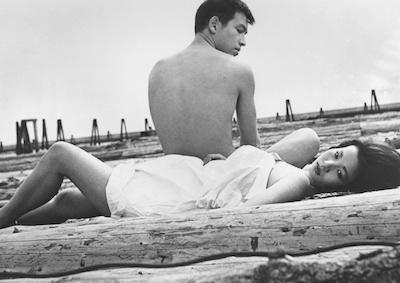 “Barely 30 when he completed this filmic memoir for $218.32, selfie-king Jonathan Caouette turned his traumatic youth with a schizophrenic mom into a mesmeric gothic fairy tale like no other — and in so doing showed us he was not just an artist but a magician. Weaving together treasures from his personal archive (photos, home video, Super 8, whispered-into-mic audio) with an energy that still feels urgent and raw and new, Caouette and co-editor Brian A. Kates (whose 2018 credits include Private Life, We the Animals and The Marvelous Mrs. Maisel) puts all of today’s Instagram stories and reality TV confessionals to shame.

“A sensation when it screened at Cannes in 2004 and a legend ever since, this jigsaw self-portrait seemingly unlocks its truths as you watch. Pain, beauty. Torment, ecstasy. Come bear witness to this transfiguration.” — Sandi Tan

“Long before In The Realm of the Senses (1976) and Merry Christmas, Mr. Lawrence (1983), Nagisa Ōshima’s second feature, Naked Youth is a chronicle of postwar Japanese teenagers Kiyoshi (Yûsuke Kawazu) and Makoto (Miyuki Kawano) in love and hate. Influenced by the nouvelle vague, Ōshima had his fiery protagonists cavort, extort and slap each other around on dark city streets and dank borrowed rooms—until death do they apart.

“A commercial success at the time, the verve displayed by 28-year-old Ōshima paved the way for other Japanese New Wave directors who became even better known for their unapologetic risk-taking: Shohei Imamura, Hiroshi Teshigahara, Masahiro Shinoda. One need only look at the tepid melodramas coming out of Japan today to lament the black hole left behind by these greats. O Japan, O Japan.” — Sandi Tan