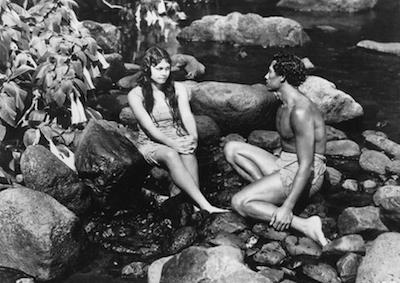 A unique collaboration of F. W. Murnau and documentarian Robert Flaherty resulted in this simple story about the love of a Tahitian fisherman for a young woman whose body has been consecrated to the gods, rendering her tabu for mortal men. The filmmakers had their differences, and Flaherty sold his interest in the film. Finished by Murnau, the film is a luminous and lyrical masterpiece.

This narrativized travelogue set in Bali is one of the last films produced in two-color Technicolor. A young girl serves as a sacred dancer at her village temple, falls in love with a young musician there, and faces a rival in her own sister. Much of the dramatic action is sublimated through performance of ritual dances forming a fascinating fusion of fiction and documentary modes.

Featured stories include Singapore’s Taipusan festival honoring the god of prosperity, baby chicks hatching in Peoria, Illinois in anticipation of Easter, and U.S. machine gunners chopping down trees with a method all their own.