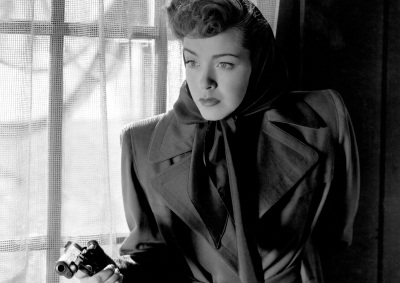 Two agents from the United States Treasury Department go undercover to expose a counterfeiting ring in Detroit, but the gangsters are soon wise to their efforts.  Shot mostly on location with cinematographer John Alton, who would collaborate with director Anthony Mann on numerous crime and Western films, the film interpolates semi-documentary scenes, emphasizing government patriotism with a distinctive film noir look.

Joe Sullivan breaks out of prison with the help of Pat, his girlfriend, and his faithless former partner Rick, who secretly hopes Joe will be killed in the attempt.  Narrated by Pat as she witnesses Joe falling for his lawyer’s secretary, the picture is both a film noir and a woman’s picture, with Joe Sullivan a hero as morally ambiguous as any in director Anthony Mann’s canon.