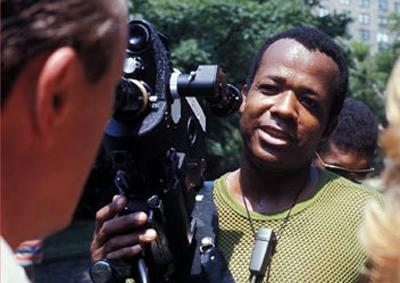 Springing to the sprightly beat of Miles Davis’ score, William Greaves’ improvisational docu-fiction about the making of a film finds director Greaves impishly fomenting insurrection on his own set as cast and crew struggle to comprehend his vision and motives. Levels of performance and the very status of filmed events are inverted in the film, acclaimed decades after its production as a masterpiece ahead of its time.

A montage of faces from the Harlem community.