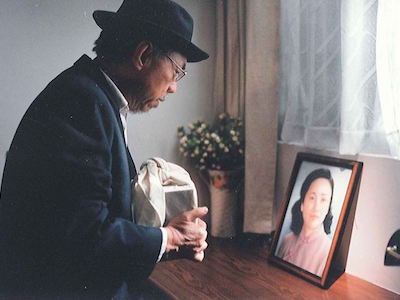 After 16 years as a political prisoner, Mr. Ko passed another 18 years alone in a nursing home. Now an old man, a sudden nightmare awakens him to action. But he finds himself in a world that has changed beyond recognition. Can he finally find peace after betraying his friends 34 years ago? This second installment of director Wan Jen’s “super citizen” trilogy juxtaposes layers of history and memory with Taiwan’s emerging, turbulent democracy of the 1990s. Featuring poetic interior monologues composed by veteran writer and Hou Hsiao-hsien collaborator Wu Nien-jen, this restored masterpiece is at once a cry for transitional justice, a meditation on the changing Taipei cityscape, and an exploration of cinematic language in a multimedia world.

DCP, color and b/w, in Mandarin and Taiwanese with English subtitles, 120 min.

As the aftermath of World War II and the Chinese Civil War morphed into the Cold War, Taiwan was ruled under martial law from 1949 to 1987. During the height of the White Terror in the 1950s, thousands of suspected Communists and subversives were arrested; many of them simply disappeared forever. In 1993, a forgotten graveyard of 201 unclaimed victims was rediscovered at Liuzhangli on the outskirts of Taipei. Experimental filmmaker Lin Hsin-I’s Letter #69 explores the violence and injustice that still haunt Taiwan today through the letters of Shi Shui Huan, a political prisoner during the White Terror — all the way up to her last letter before being executed, a blank piece of paper.

Digital, color, in Mandarin and Taiwanese with Chinese and English subtitles, 19 min.