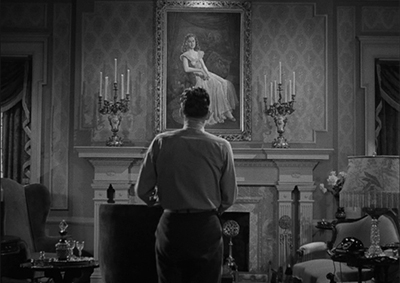 The inky noir style and fatalist themes that would later emerge full force in T-Men (1947) and Border Incident (1949) take shape in director Anthony Mann’s sixth feature, an early gothic thriller about a veteran lured into a deadly psychological nightmare by the promise of love. Strangers in the Night displays Mann’s deft facility for squeezing the most from a tight budget.

In the last of his eight films with director Anthony Mann, James Stewart plays a vengeance-minded stranger who alights in a frontier town seeking the man responsible for his brother’s death. His revenge scheme involves him in a kind of high desert Oedipal struggle between ailing cattle baron Donald Crisp, his hotheaded son and his sober foreman over the future of the largest ranch in the territory.