Stranded and The Plastic Dome of Norma Jean 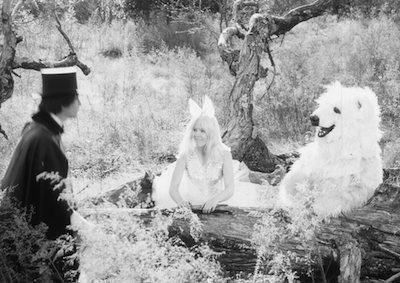 Stranded follows Raina, a young American woman (played by Juleen Compton), traveling through Greece with her American lover (Gary Collins), and her French, gay, best friend (Gian Pietro Calasso). Raina partakes in several love affairs rejecting marriage offers for no other reason than she likes her life the way it is. Made just prior to the arrival of second wave feminism, Compton, as writer-director, never judges her on-screen alter-ego the way similar female characters were frequently punished in other films during this era by stigmatizing female sexuality.

The Plastic Dome of Norma Jean (1966)
Directed by Juleen Compton

Written, directed, and self-financed by Juleen Compton, The Plastic Dome of Norma Jean is the story of a clairvoyant teenage girl, Norma Jean (Sharon Henesy), taken advantage of by a boy band, fashioned after The Beatles, determined to exploit the young woman’s powers as part of a hoax revival.

Filmed in the Ozarks with a cast of young, unknown actors (a 25-year-old Sam Waterston co-stars in his first film appearance), the picture’s opening title sequence — the two young leads walking through a bucolic setting with Michel Legrand’s sentimental score — suggests a tender tale about a pair of young companions. However, the movie quickly takes an unusual turn when Norma Jean and her friend Vance (Robert Gentry) pick up an enormous plastic dome they’ve ordered. The narrative never reveals the structure’s origins or purpose, but the image of the looming, yet magical two-story high edifice, provides an engaging and enigmatic set piece for the rest of the movie.

This rare foray into filmmaking by the iconic California visual artist opens with Mason Williams, the composer of “Classical Gas” solemnly making himself a drink on a hillside patio at dusk as if performing an incantation. Heavy reverb on the soundtrack amplifies every sound until he sits down to read through a stack of Ruscha’s photography books, Twentysix Gas Stations, Some Los Angeles Apartments, Every Building on the Sunset Strip, etc. In an over-the-shoulder shot, we see each page of each book as Mason flips through them, briefly contemplating what he sees and reading any available text as a kind distanced recitation. Mason punctuates this seeming solemnity with moments of irreverence, manhandling, at times, these limited edition art objects as if they were toss away shopping catalogs as he presses on with his appointed task.