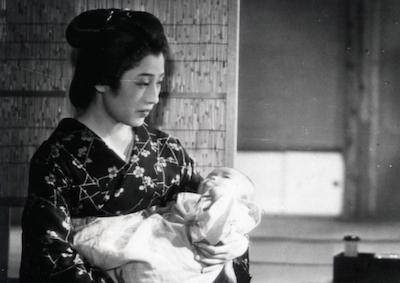 In 19th-century Meiji-era Tokyo, a young actor, Kikunosuke, breaks away from his adoptive father’s Kabuki practice after a family servant, Otoku, is dismissed. When they are reunited as lovers, Otoku encourages Kikunosuke to rededicate himself to his art—he is an oyama, playing female roles, but she is the one who makes the ultimate sacrifice. Director Kenji Mizoguchi’s first film for Shochiku Studios is a key work in defining his mature style, encapsulating his ideas on the vampiric nature of artistic production, and altogether making for what scholar Joan Mellen called “one of the most brilliant satires of the Japanese family system.”