Star Trek: “The Trouble with Tribbles” 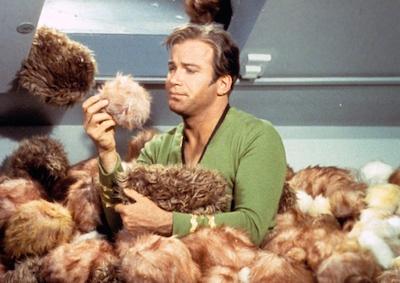 Celebrate the 50th anniversary of a classic television episode from a landmark series! Watch as Captain Kirk (William Shatner) and Spock (Leonard Nimoy) deal with an infestation of cute, fuzzy tribbles aboard the Enterprise. Soothing to the crew and annoying to the Klingons, the furry nuisances nonetheless hold the key to a mystery on board. Trekkie suits and transporters optional!