Special Screening: The Rest I Make Up 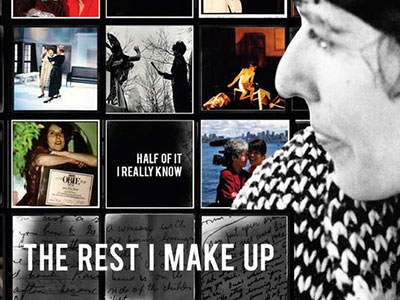 Fornés, a Cuban-American playwright who began her career in the early 1960s in New York City, was known for her passionate, unrelenting and empathetic investigation of the human condition, particularly the way personal relationships were shaped by economic conditions. She passed away in 2018 at the age of 88.

Director Memran began interviewing Fornés on-camera in 2003, capturing her iconoclastic personality, approach to art and leadership role in the off-off-Broadway movement of the 1960s. Fornés was as famous for her teaching as she was for her writing and in The Rest I Make Up, she shares her methodology for tapping into the unconscious creativity that fueled her ferocious work.

After the screening, Vogel will be in conversation with Memran and UCLA TFT Associate Dean Edit Villarreal. A reception follows.

This event is co-sponsored by the UCLA School of Theater, Film and Television and the L.A. Playwrights Union.

RSVP for this free event on Eventbrite.

Praise for The Rest I Make Up:

“Intimate and exhilarating… Fornés exerts a hypnotic force of stardom, while her offhanded yet urgent remarks resound with life-tested literary authority.” — The New Yorker

“The film’s overarching theme of life’s ephemeral nature paired with the deep friendship and vital creativity that percolates between this young writer-turned-filmmaker and the iconic playwright offer a much-needed and refreshingly loving take on aging and illness.” — Artburst Miami

“An enduring portrait of an artist who defied expectations right until the end.” — Vogue

“A story of spontaneity, creativity, genius and madness. It showcases the life, inspiration and virtuosity of Fornes.” — Miami Herald