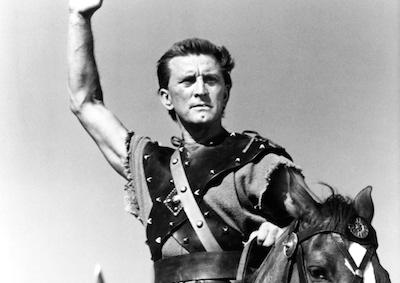 Kirk Douglas’ great statement as a producer, Spartacus tells the story of an obscure slave in ancient Rome who leads a revolt of slaves against their masters. In the title role, Douglas evokes the grandeur of the human spirit facing down abject circumstances. Vast and profound, the film is graced by a magnificent cast, and by Dalton Trumbo’s felicitous writing, soaring in its vision and delectable in its details.