So This Is Paris 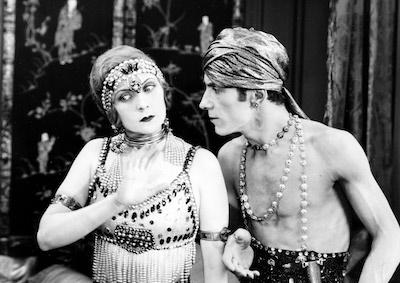 So This Is Paris (1926)
Directed by Ernst Lubitsch

Paul and Suzanna are a happily married couple in Paris, when new neighbors across the street start causing trouble. When Paul goes to complain to Georgette and Maurice, he realizes that she is an old flame. Thus begins a series of marital mishaps that try the fidelity of both couples. When Ernst Lubitsch joined Warner Brothers in 1923 with a three-year, six-picture deal, he moved away from the kind of historical epics he had produced previously in Germany and began a remarkable series of marital comedies that earned him the reputation of Hollywood’s most elegant and sophisticated director, encapsulated in “the Lubitsch touch.” Like Cecil B. DeMille before him, Lubitsch became the foremost commentator of gender relations in the Jazz Age. So This is Paris, the last film on his Warners contract, is a trifle, but light as a feather and twice as funny.

In Person: Joseph McBride will sign copies of How Did Lubitsch Do It? beginning at 6:30 p.m. and will be in conversation with Nicola Lubitsch after the screening.