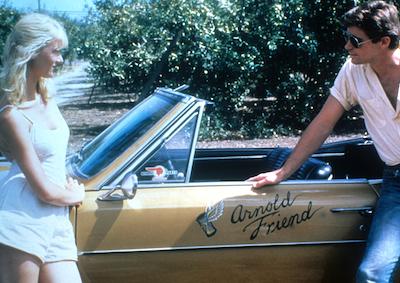 Fifteen year-old Connie (a nubile Laura Dern) and her friends use their summer break in Northern California to experiment with the trappings of womanhood — eyeshadow, hairspray, and revealing clothing — as they shakily navigate this new, adult world of crushes, and confront the perils of sexual exploration. This narrative debut from Joyce Chopra (her first few works were documentaries) dives headfirst into that time when boys aren’t just mysterious bodies, but also opportunities for the heretofore unknown mobility represented by that ultimate symbol of American freedom (and danger): his car. With hints of Lolita and the decade’s earlier Fast Times at Ridgemont High, this under-appreciated coming-of-age story is a sobering yet profound entry from the John Hughes era as only a woman could materialize.