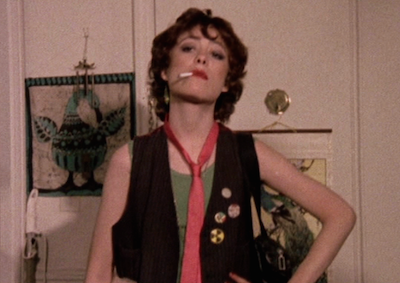 Embodying the anarchic spirit of the new wave music scene in the morally bankrupt culture of an early-’80s Manhattan, Sideman’s Smithereens is her post-film school announcement of a new artistic voice of reckoning. We follow our anti-heroine, the unsympathetic but completely captivating Wren (Susan Berman), along her constant struggle for recognition, amplified by her fierce scramble for basic survival — all underscored by her lack of agency to live on the edge so readily afforded to her countercultural male peers. Funded by the nest egg meant for Seidelman’s wedding, Smithereens was the first American independent feature to premiere at Cannes, cementing this recent NYU graduate as the pugnacious trailblazer the underground world was waiting for.

A Girl’s Own Story (Australia, 1983)
Directed by Jane Campion