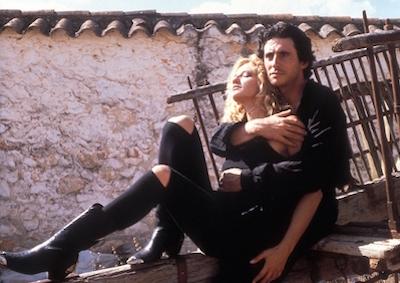 Mary Lambert’s moody, animated dreamscape was made at RISD in collaboration with Jeff Carpenter and short-listed for the Academy Awards. Rapid Eye Movements plunges viewers into an obscured world of nightlives, eavesdropped phone calls, and philosophical romantic musings.

Proclaimed “this year’s Blue Velvet” by American Film, it’s not difficult to ascertain why Siesta was a controversial, if not critically applauded, feature debut in its day. Shot on location in Spain, with a score performed by the late Miles Davis, this tale of “obsessive love” is wholly distinct among its arthouse contemporaries. Performances from Ellen Barkin and Jodie Foster proclaim the film’s bohemian, outsider spirit from the jump, sweeping us along for a total whirlwind ride through the abstract logic of an unmissable fever dream.