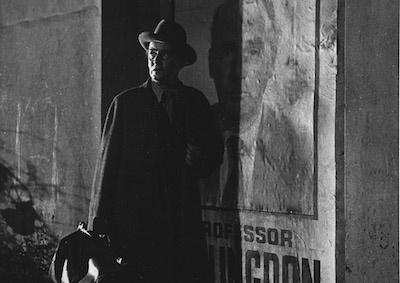 Set on location in postwar England (the film’s Thank You credits include “The Citizens of London”), the Boulting brothers’ Oscar-winning (for Best Story) mystery-thriller moves swiftly from the local issue of a missing person on Monday, to a citywide manhunt on Sunday, as Scotland Yard chases down a disgruntled atomic weapons researcher responsible for a credible nuclear threat. With a tone that recalls Fritz Lang’s M and tension akin to Hitchcock’s clock-ticking Sabotage, the Boultings take us through the city’s sewers and the London Zoo (with brief cameos from elephants and a small bear) for a nail-biting progression from low-grade concern to chest-gripping terror.