Scent of a Geranium and Before Summer Ends 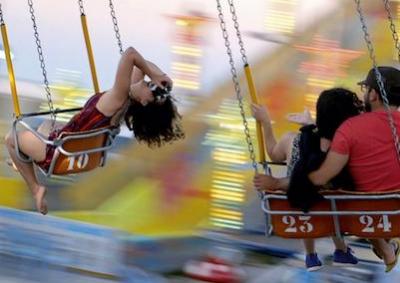 Scent of a Geranium (2018)
Directed by Naghmeh Farzaneh

Farhang Foundation Short Film Festival Finalist. A young woman reflects on her mother’s gardening lessons in Tehran as a path to understanding and accepting her own experience as an immigrant in director Naghmeh Farzaneh’s wonderfully animated short.

Before Summer Ends (2017)
Directed by Goormaghtigh

Director Maryam Goormaghtigh weaves a most beguiling blend of fiction and non-fiction in this semi-documentary feature about a trio of Iranian expat bros who take a road trip through the shimmering French countryside before one of their own returns to Iran. The expected riffs on male obsessions — women, partying, women — come finer-edged with melancholy, regret and loneliness as the friends also reflect on their lives in self-imposed exile.