Scenes From a Marriage 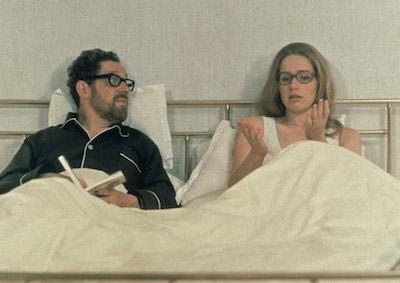 Scenes From a Marriage (1973)
Directed by Ingmar Bergman

Shot on a microscopic budget with no rehearsals, and lensed primarily in painterly, close-up portraiture by the great naturalist Sven Nykvist, this six-part television epic follows a middle-class Swedish couple through 10 tumultuous years of matrimony, infidelity, separation and forgiveness for a beautifully rendered dissection of a highly imperfect, modern romance. Showcasing incomparably intimate performances from Bergman regulars Liv Ullmann (Persona, Cries and Whispers) and Erland Josephson (Autumn Sonata), who invite us in to consider the weight of our decisions while scrutinizing the sheer fabrication of the concept of “the perfect couple.”

Note: This screening will include both a 15 minute and a 30 minute break.