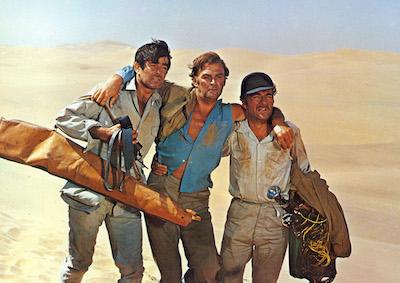 Sands of the Kalahari (UK, 1965)
Directed by Cy Endfield

A plane crash in the South African desert exposes its survivors to intensive hardship and the need to organize for survival. In true Cy Endfield style, this is expressed through the tension between savagery and civilized cooperation, as members of the group oscillate between the two extremes, eerily mirrored by the allegorical presence of an always-nearby pack of wild baboons.