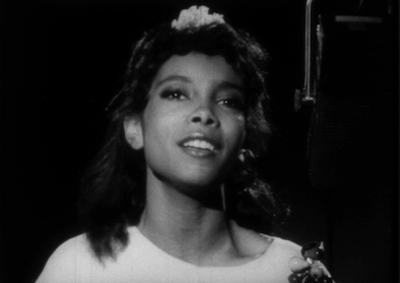 “L.A. Rebellion” has become the most common term used to describe a group of Los Angeles-based African and African American film artists recognized largely for their work produced between the 1960s and 1980s, when most of them met as students in UCLA’s School of Theater, Film and Television. Since our initial exhibition and tour, “L.A Rebellion: Creating a New Black Cinema,” the Archive has continued to preserve films and tapes by members of the group, many of which were only identified after 2011. The following program highlights the work of women filmmakers in the L.A. Rebellion and for the first time includes work produced on video. Except for Julie Dash’s Illusions (1982), which has been newly restored, all the present work is premiering for the first time since their original screenings in newly preserved copies. In their variety, all the films have in common not only an African American woman’s perspective, but also a focus on the process of coming to political and social consciousness.

Filmmaker M. Stormé Bright’s The Single Parent: Images in Black (1982) examines what it is like to be an African American single parent. Parents discuss the challenges of being a single parent, how they deal with the assumptions of others, and how they continue living a “normal” life despite their new responsibilities.

African Woman U.S.A. tells the story of an African woman studying dance in the U.S. and working to support a daughter at home, along with two others back in Africa. The film uses jazz and traditional African music to underscore the themes of friendship and danger that shape an African immigrant’s experience of America.

Jacqueline Frazier’s Azz Izz Jazz showcases jazz legend Billie Harris who performs in studio with a quartet featuring Harris on soprano sax. Among the songs performed is “I Want Some Water,” a composition that Harris, in voice-over, credits, as with all his songs, to his young children who were his inspiration. In 1970, Harris, who died last year, founded the Venice, CA jazz club the Azz Izz which hosted such luminaries as Art Blakey, Horace Tapscott, Bobby Hutcherson and Billy Higgins.

My Dream is to Marry an African Prince (1984)
Directed by Stormé Bright, Alile Larkin.

My Dream is to Marry an African Prince opens with a group of young students explaining their definition of royalty based on what they’ve seen in books, television, and films. The children are then visited by a woman and man who were raised in African villages, who teach them a history lesson on the traditions and customs of Africa, which includes visions of royalty unlike anything they’ve seen before.

Julie Dash’s Illusions was filmed while she was a student at UCLA with a grant from Woman Make Movies. In post-World War II Hollywood, African American Mignon Dupreé passes as white to work as an executive assistant, a position she struggles to use to steer the studio towards stories about real people. Meanwhile at the same studio, African American singer Ester Jeeter is hired to dub the voice of a white actress. Duprée’s fascination with Hollywood’s power to rewrite history, is echoed in Dash’s sharp critique of that power to keep diversity out of the spotlight.