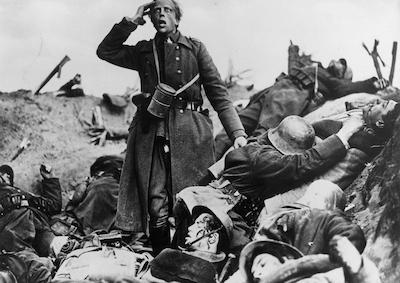 Paul Renard, a young French soldier, cannot forget the German he killed in the trenches in the war. He eventually travels to Germany to meet the family of the dead soldier, but the war’s end has not brought peace between Germans and the French. One of director Ernst Lubitsch’s only dramas, this sincerely felt pacifist film failed to find an audience, but has been unjustly forgotten.

Four German infantrymen—the Bavarian, the student, Karl and the lieutenant—experience in the last year of the war: The horrors of trench warfare and the cruel disappointments of home leave. Director G.W. Pabst’s New Realist interpretation of the German experience of World War I, was hailed in 1930 as the most effective anti-war film ever made. The Nazis burned the film and sent the Jewish producers into exile.