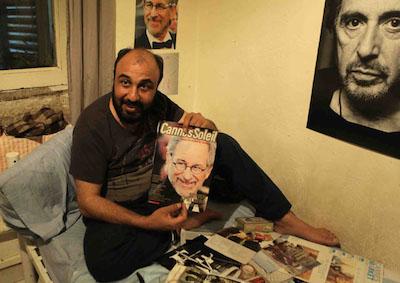 One of Iran’s most famous comedians, Reza Attaran takes on Hollywood and the international media in this, ultimately, gentle satire set against the real glitz of the 2013 Cannes Film Festival. Attaran himself plays a naive, struggling actor who journeys from Tehran to film’s annual epicenter to get his screenplay to Steven Spielberg. While the film is shot in the style of Borat (2006)—sans the crassness—Attaran’s escalating comic provocations render him more like a Persian Rupert Pupkin.

In Persian with English subtitles, 80 min.