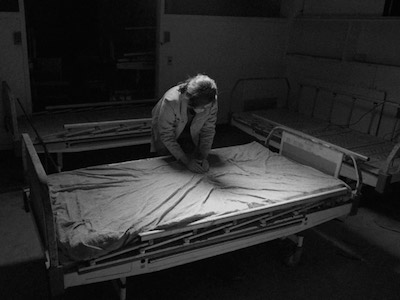 For more than two decades, internationally acclaimed artist Chen Chieh-jen has illuminated the deep impact of power on bodies and architecture. Here he explores a pair of sites built by the Japanese colonial government in the early 20th century: the Losheng Leprosy Sanatorium and the Taipei Prison. The first was on the outskirts of Taipei, the second in the heart of the city. Both were used for controlling marginal populations; both continued to operate long after the Japanese left; and both were eventually torn down for urban redevelopment. Across its four sections linking different times, places and people,

DCP, b/w, in Mandarin and Taiwanese with English subtitles, 105 min.