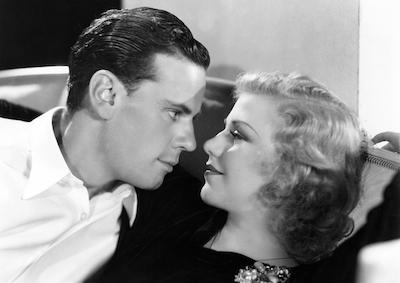 A saleswoman and a night watchman who’ve never met share an apartment, one by day and one by night, and detest each other, sight unseen. Unwittingly meeting as strangers in the outside world, they develop a deepening attraction—while their at-home antipathy only intensifies, leading to comic complications on all sides in this valentine to romance on a Depression-era budget.

In this urbane romantic comedy, socialite Joan Colby callously pursues a San Francisco playboy as a husband, explaining to her disapproving family that marriage is a business prospect, and love, a mere complication to avoid. But when her new marriage is threatened by her husband’s straying eye, Joan sets out on a new project: to make him fall in love.