Queen of Diamonds and The Bloody Child 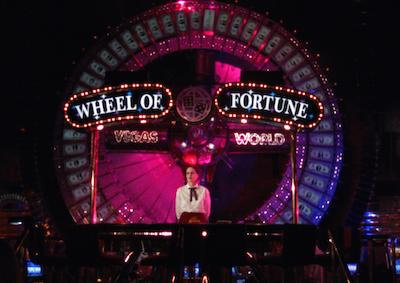 UCLA Film & Television Archive, in partnership with the Academy of Motion Picture Arts and Sciences, presents

Shot on location in the desolate daytime desertscape of Las Vegas, Nevada, Menkes’ third feature-length film, which premiered in competition at the 1991 Sundance Film Festival, is a subversive rumination on isolation and despair. Following the titular “queen,” a casino blackjack dealer, played by Nina’s longtime collaborator and sister Tinka, the work unfolds in a Jeanne Dielman-esque patience. “The female protagonist is both deeply estranged and psychically powerful,” says Menkes of her film. “Her loner position is the backside of centuries of Western Heroes: She stands in the center as a watcher and victim of a system which is starting to crack.”

Subtitled “An Interior of Violence,” The Bloody Child was inspired by a real event Menkes stumbled upon one morning in an unassuming article in the Los Angeles Times: A young Gulf War veteran and U.S. Marine is found in the middle of California’s Mojave Desert, digging a grave for his murdered wife. Menkes takes the moment of the man’s discovery and arrest through a chronologically-warped hallucination and meditation of real-time events, all the while the aftermath of violence sticks thickly to the dry desert air. Featuring grounded performances by Nina’s sister Tinka Menkes, but also real-life Marines, among them Desert Storm veterans, who were allowed to improvise their dialogue. For Menkes, films are like dreams, and the fragmented and rhythmic moments that unfurl in this true crime nightmare amount to a haunting work, heralded by critic Jonathan Rosenbaum as “a must-see.”