The Short Films of Apichatpong Weersethakul: Program 3 and Program 4 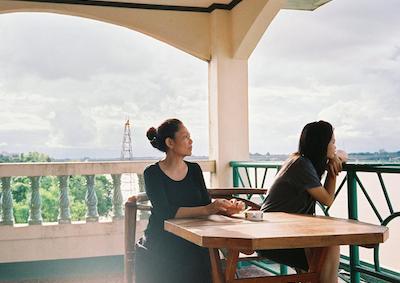 The short feature Mekong Hotel (2012) is a fascinatingly eccentric work which de- and reconstructs an abandoned ghost story film project, unfolding dreamily as cinematic fiction intertwines with the production process. Accompanying Mekong Hotel are Malee and the Boy (1999), a formally inventive collaboration with a curious 10-year-old; This and a Million More Lights (2003), Weerasethakul’s entry in the Give 1 Minute of Art to AIDS project; and Ashes (2012), a visually arresting and intimate film shot almost entirely on a 35mm Lomokino camera.

This program brings together a number of Weerasethakul’s more experimental short works, including two of his early projects from The School of the Art Institute of Chicago. Following The Anthem (2006), a fabulous “purification service” to bless the theater, five other remarkable films explore the deep seduction of the recorded image and the narrativization of our worldly experiences.