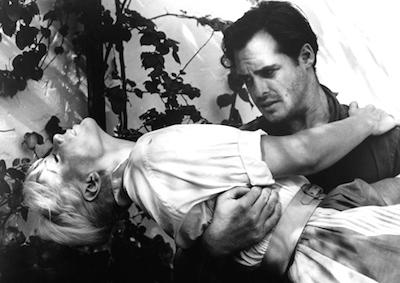 A vulnerable young woman (Manx) is driven to psychological distress by a sexless marriage and menaced by a pair of sociopathic drifters (Allen and Oates) in this noir-tinged drama written and directed by Leslie Stevens. Hailed by Variety as a “possible forerunner of an American ‘new wave’ movement,” the low-budget independent film was also condemned by censors for tackling taboo themes of seduction and latent homosexuality.