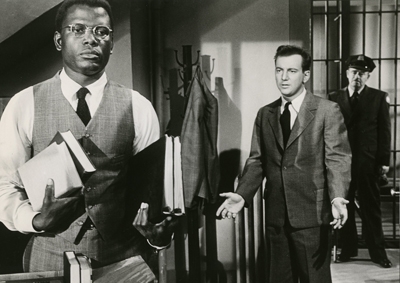 Sidney Poitier portrays a prison psychiatrist treating an inmate (Bobby Darin) whose sociopathic violence was animated by childhood traumas and expressed through Nazi sympathies. His medical judgment ultimately distrusted by his peers because of his race, he nonetheless persists in his commitment to confronting irrational prejudices, through science as a personal stand.

Sent by their parents to summer camp in hopes of straightening out various behavioral problems, a varied group of teenage boys form a makeshift band of brothers. Ostracized by other campers, they find a mission upon discovering plans for the slaughter of a herd of bison whom they set out to free. Continuing producer-director Stanley Kramer’s career-long fascination with the problems of youth.