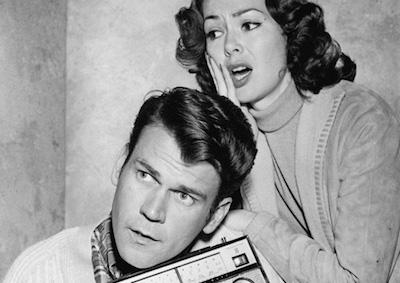 Two years before the Cuban missile crisis confronted the world with the possibility of an atomic war, this controversial drama offered viewers a shockingly realistic dramatization of a nuclear conflict with the Soviet Union. Praised by the New York Times for the “remarkably convincing” performances of its all star cast, the paper also decried the program’s “moral cloaked in horror.” Variety disagreed, proclaiming the broadcast “powerful propaganda for peace.”

Preceded by
The Passerby: “The Safest Place in the World”

A classic Cold War era morality tale. After stealing $9,000, a man decides that the safest place to stash it until the heat dies down is in a book in the New York Public Library. However the draft intervenes and after three years away (including a stint in Korea), a rude surprise awaits when he returns to retrieve the money.