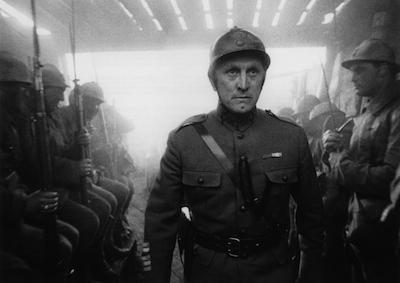 Kirk Douglas gives a powerful performance as an honorable French Army officer who, on orders from his superiors, must lead his men on a doomed mission to wrest control of a German-held hill in WWI France. This stark dramatization was a harbinger of the major themes director Stanley Kubrick would develop throughout his career, underlining the hypocrisy and cynicism of authority.

Featured stories include an official celebration in Moscow, the youngest prime minister elected in France, Queen Elizabeth goes to the movies and baseball in November.
35mm, b/w, 12 min.