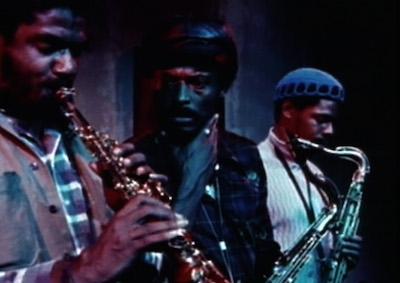 Passing Through (1977)
Directed by Larry Clark

Eddie Womack, an African American jazz musician, is released from prison for the killing of a white gangster. Not willing to play for the mobsters who control the music industry, Womack searches for his mentor, the musician, Poppy Harris. The film repeatedly returns to various musicians improvising jazz, leading a French critic to call it “the only jazz film in the history of cinema.” Before the screening, Allyson Nadia Field, Jan-Christopher Horak, and Jacqueline Najuma Stewart will be on hand to introduce and sign their book, L.A. Rebellion: Creating a New Black Cinema.