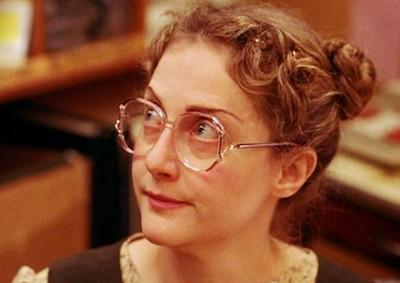 Mousy copy editor Dorine Douglas, played with frightening abandon by Carol Kane, begins violently picking off her officemates after being mistreated and disrespected one time too many. This singular feature-length narrative from revered artist and photographer Cindy Sherman envisions the horrific yet cathartic conclusion to prolonged workplace abuse: Kill all your co-workers! Then bring their bodies home to your basement and arrange them in charming domestic tableaux! Utilizing the same innovative makeup and saturated lightning styles so showcased in her Untitled Film Stills series, Sherman brings her rich sensibility to the big screen for a film now considered a cult classic. In a sick but somewhat intentional coincidence, this underappreciated final inclusion in our series was once distributed by Miramax.