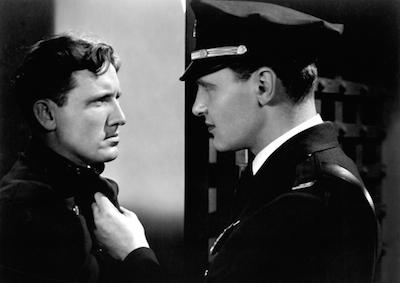 Arnold Rothstein, the man who fixed the 1919 World Series, is memorialized by rugged Spencer Tracey in this film à clef from the widow’s confessional yarn. As “Murray Golden,” Tracey fixes boxing matches not baseball games, taking an arc of tragedy that climaxes with his own murder. Shirley Temple’s kidlet gets the smiles but Alice Faye’s prostitute gets the musical number in this resorted pre-Code version.

As payback for refusing a bribe from a bootlegging racket and arresting an influential politician’s daughter for speeding, ambitious but brusquely honest motorcycle cop Dick Fay (Tracy) is demoted to patrolman and banished to a distant precinct. Disillusioned by the corrupt system that punishes him, Fay lapses into crooked and reckless behavior before events escalate out of his control in this police melodrama.