Ninotchka and The Shop Around the Corner 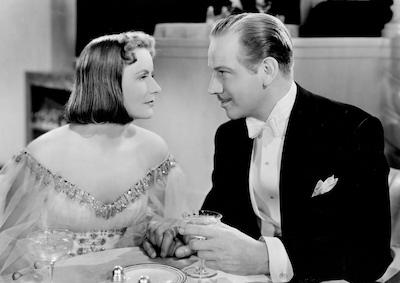 Ninotchka (Greta Garbo), a Soviet Commissar, is sent to Paris to retrieve three colleagues, Buljanoff, Iranoff and Kopalski, who have gone missing with some confiscated jewels they were to sell for the Communist State. There she is wooed by Leon d’Algout (Melvyn Douglas), a perfect specimen of a decadent, bourgeois capitalist playboy. The publicity said it all: “Garbo laughs!” Rather than condemned to death for romantic love, as in all her ’30s melodramas, Garbo lives! While the film has been interpreted as anti-Communist, Lubitsch is less interested in attacking Soviet Russia than in noting that all dictatorships are humorless and oppressive. According to Walter Reisch, the script was written while sitting around the pool, Lubitsch acting out all the parts. Supporting Garbo are German Jewish actors Sig Ruman, Felix Bressart and Alexander Granach, the latter two recently exiled from Nazi Germany, while Granach also narrowly escaped a Stalinist purge in Moscow.

The Shop Around the Corner (1940)
Directed by Ernst Lubitsch

Klara (Margaret Sullavan), the newly hired shop girl, and Alfred (James Stewart), the senior salesperson in the Budapest shop of Matuschek and Company, don’t get along. Little do they know that they are falling in love with each other, because they are anonymous pen pals. Filled with nostalgia for a pre-war Central Europe that was about to completely disappear in the fires of the Holocaust, Lubitsch lovingly focuses on the worries and dreams of the petit bourgeoisie he knew so well. The son of clothier Sigmund Lubitsch, Lubitsch grew up in East Berlin’s Jewish garment district and became famous playing shop apprentices in a series of short comedies, made before and during World War I. The scenes with the apprentice Repi (William Tracy), who is the first to get blamed for anything, are both funny and poignant. This was not only Lubitsch’s most personal film, but one he also considered his best.

In Person: Joseph McBride will sign copies of How Did Lubitsch Do It? beginning at 6:30 p.m.